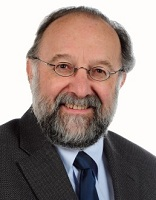 Univ.-Prof. Dr. med. Dr.h.c. Eberhard Nieschlag is a specialist in internal medicine, endocrinology and andrology. After medical training at the universities of Bonn, Mainz and Duesseldorf and research at University College London, the MRC Unit for Reproductive Endocrinology in Edinburgh and the NIH Reproduction Research Branch in Bethesda, MD he became director of the Max-Planck Clinical Research Unit for Reproductive Medicine in Muenster from 1980 to 1988 followed by the directorship of the Institute of Reproductive Medicine at the University of Muenster, Germany until 2008. Since then he is Emeritus at the Center for Reproductive Medicine and Andrology at the University of Münster. Since 2013 he is consultant to the Center of Excellence in Genomic Medicine Research at King Abdulaziz University in Jeddah, Saudi Arabia.
His clinical and research activities concentrate on reproductive endocrinology and andrology, especially treatment of infertility, testosterone substitution, the aging male and hormonal male contraception. . He has authored and co-authored more than 800 publications. The textbooks in andrology (3rd ed 2010 Springer) and on testosterone (4th ed 2012 Cambridge University Press), which he coedited with Hermann M. Behre and Susan Nieschlag, are standards in the field.

He has received several prestigious scientific awards and is an honorary member of the German and Polish Societies of Endocrinology, as well as the German Societies of Andrology and Urology. In 2006 he received a “Dr. honoris causa” from the Medical University of Łódź, Poland. In 2007 he became a “Distinguished Andrologist” of the American Society of Andrology, in 2008 he was awarded the German Federal Cross of Merit and, in 2012, the Berthold-Medal of the German Society of Endocrinology.